I like politics, so I stayed up late to watch our youthful federal leaders deliver their post-election speeches.  There was a strange chaotic moment when, the Liberals, Conservatives, and NDP all tried to take their respective stages at exactly the same time – perhaps each hoping to drown out the others – forcing the poor CBC anchor to jump feverishly between them.  But it was the contents of their speeches that really dismayed me.

The NDP crowd burst into an animated chant of TAX THE RICH, TAX THE RICH that the leader encouraged along for two full uncomfortable minutes.  Andrew Sheer for his part went on about how his loss was really a win and he was going to beat the encroaching forces of socialism next time.  Our prime minister dished his regular pablum and seemed to think that liberal values had triumphed and been embraced by all, when in fact only 32% of our country supported him.

What was missing for me, was any recognition that the election is over and it is time to bury the partisanship for a bit and get united on governing the country.  We have ample big problems:  resource development and Alberta’s place in a new economy, housing the next generation, Indigenous reconciliation, how to pay for our cherished education and healthcare systems, getting citizens to take responsibility for the hot mess we’re making of our planet…to name a few.  But our leaders were not talking about solutions for Canada’s problems.  They were each preaching to their bases and bashing the other two thirds.

The only redeeming moments of the night were the gracious speeches from Conservative Lisa Raitt and Liberal Ralph Goodale – two seasoned and respected parliamentarians who each went down to defeat.  They both seemed to come from a more civilized planet than their respective leaders.  Godspeed.

It made me think about the changes in the construction industry that EllisDon’s Jeff Smith observed in an article recently:  our industry is becoming nastier.  I agree with Jeff.  Over the last couple of years, my company’s jobs have become more about emailing than millwork, more about building arguments than structures, more about protecting interests than getting the work done.  Of course, we all have to look out for ourselves in business, but it can’t be the only thing we do.

I fear that the old guard that has been retiring over the last few years were the holders of a more balanced common sense.   They were leaders who could leverage relationships to get work done without a single trip to their inbox.  Their underlying ethic was win-win in spite of whatever crusty exterior they might have presented.

It’s funny because when I started in the construction industry I thought this group of gruff, old-school men where the problem (yes, they were all men).  In retrospect, in almost every case these gentlemen had an uncanny sense of the best way to get a project to the finish line with all of the players intact.

My friends, reflect on this.  Is it possible that our industry has become too political, too partisan?  Is it possible that our younger generation of project managers is more concerned with winning than with satisfied customers and successful projects?  As this industry’s leaders, what can we do to improve this?  I’m going to suggest we need to act less like our current political leaders and look to the values of the old guard who are now retiring.  Let’s make sure we extract and hang onto their ethic as they take their retirement.  We’ll be a poorer industry without their wisdom. 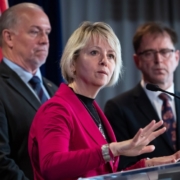 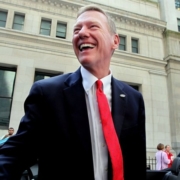 Leading in Tough Times: Wisdom from CEO’s
Scroll to top